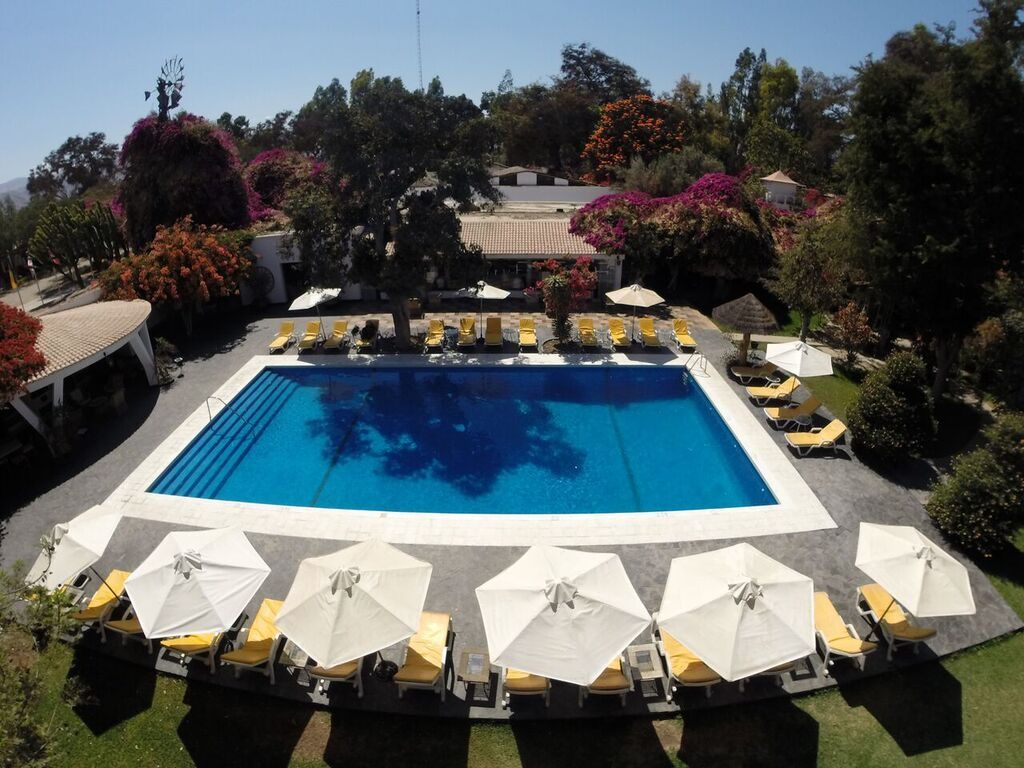 The Hotel Majoro is one of the best places to spend time with your family and enjoy your holidays in a beautiful and peaceful place to remember. The Santiago de La Nasca Villa was founded by the Head Chief of the valley, Don García de Lanasca in the times of Viceroy Don Luis de Velasco (1596-1606), dividing the land between the Spaniards that lived in that region.

Majoro derives from the Quechua Lenguaje MA = place, and Qoro = thickets, adding them up, it means place of thickets.

In 1698 the premises were given to the Saint Augustus Convent, until 1910 when it became a private property run until the Agrarian Reform by the aristocratic De la Borda family who remodeled the old convent into a Casa Hacienda and in the 1980’s into what today is the Hotel Majoro

In 2005, Inversiones Majoro S.A.C decided to restore and modernize the premises, without loosing its original enchantment.

At Majoro, we are certain that you will spend unforgettable relaxing moments surrounded by 30 hectares of nature, allowing you the peacefulness to meditate over the wonders left by the Nazca culture to all mankind. This website uses cookies to improve your experience while you navigate through the website. Out of these, the cookies that are categorized as necessary are stored on your browser as they are essential for the working of basic functionalities of the website. We also use third-party cookies that help us analyze and understand how you use this website. These cookies will be stored in your browser only with your consent. You also have the option to opt-out of these cookies. But opting out of some of these cookies may affect your browsing experience.
Necessary Altijd ingeschakeld
Necessary cookies are absolutely essential for the website to function properly. These cookies ensure basic functionalities and security features of the website, anonymously.
Functional
Functional cookies help to perform certain functionalities like sharing the content of the website on social media platforms, collect feedbacks, and other third-party features.
Performance
Performance cookies are used to understand and analyze the key performance indexes of the website which helps in delivering a better user experience for the visitors.
Analytics
Analytical cookies are used to understand how visitors interact with the website. These cookies help provide information on metrics the number of visitors, bounce rate, traffic source, etc.
Advertisement
Advertisement cookies are used to provide visitors with relevant ads and marketing campaigns. These cookies track visitors across websites and collect information to provide customized ads.
Others
Other uncategorized cookies are those that are being analyzed and have not been classified into a category as yet.
OPSLAAN & ACCEPTEREN
Aangedreven door