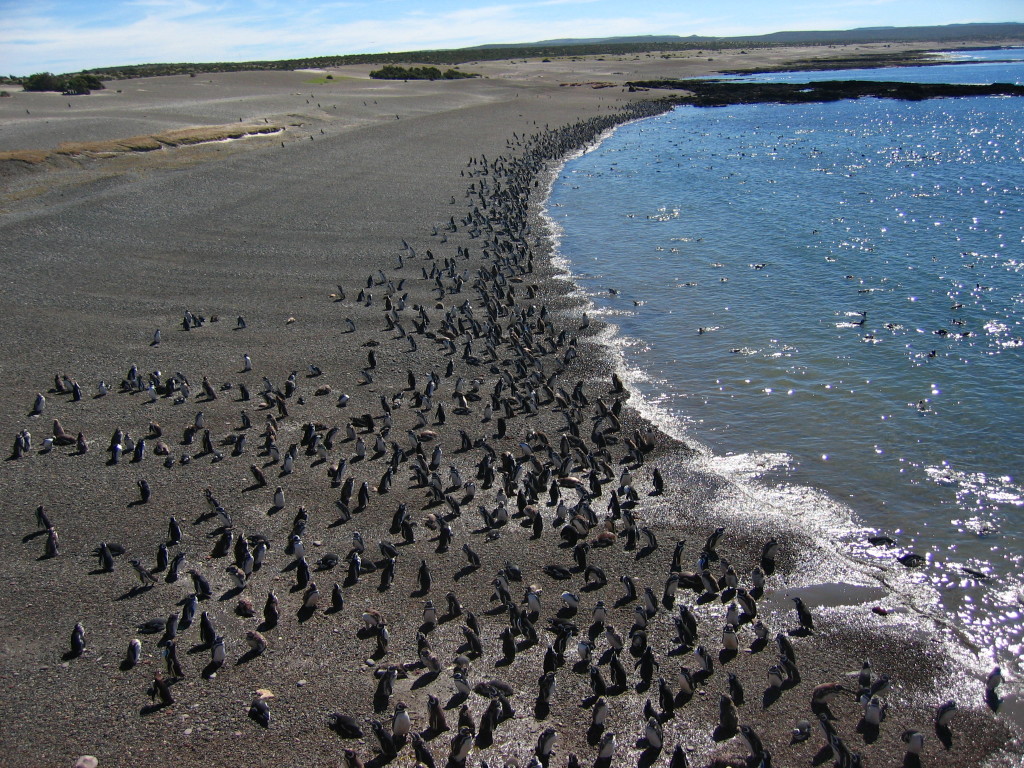 Located on Atlantic coast of the Province of Chubut, 1400 km (870 miles) south of Buenos Aires, Puerto Madryn was founded by Welsh immigrants in 1865.

The city was declared national capital of Scuba Diving thanks to the enormous activity related, many scuba diving lovers come here just to get in closer contact with sea animals immersing themselves in the cold waters of Gulfs Nuevo or San Jose.

During the summer, the city gets crowded as many inhabitants in the surrounded area choose Puerto Madryn as a beach resort, which beaches are the solution for the hot days.

Despite of being located in Patagonia, Puerto Madryn and Peninsula Valdes enjoy a moderate weather thanks to the role performed by the Ocean. During summer, days are hot and nights cool. During the winter, days cool and nights cold. Rains are not usual, especially in the Peninsula.

As the importance of Puerto Madryn and Peninsula Valdes are given by the regional fauna, the best time for visiting the area is given by the period when this fauna can be seen. In the graphic below, you will see the species sightsee calendar

penguins from Sept to April

Whales from June to November

Orcas from Nov to April

Elephant seals from Sept to April

Dolphin from Sept to April

Puerto Madryn can be accessed by plane from Buenos Aires (2h) everyday year round and from Ushuaia (2 to 3h) or El Calafate (1.4h) according to airlines schedule during high season. By bus you can get to Puerto Madryn from Buenos Aires (18h) or Bariloche (14h) year round. There’s an option to get to Puerto Madryn from Bariloche combining a night train to San Antonio Oeste and a bus to the final destination, departures vary according to the season.

We set out early in the morning for Puerto Pirámides. There, from May to December, you will have the option to take a boat to go whale-watching and see sea-lions, cormorants. From Pirámides we leave to the South of the peninsula going through Salinas Grande y Chica. On getting to Punta Delgada, around midday, you will have time for lunch. In Punta Delgada we have the chance to go down the cliffs and walk near the sea-elephants. Then, we head to Punta Cantor to see the external coast of the peninsula and we get to Caleta Valdés to interpret geological formations. On the way to Ameghino Isthmus, we have good chances of coming across wild land-fauna such as guanacos, rheas, foxes, maras (Patagonian hare), armadillos, skunks, etc. Arrival to your hotel in the late afternoon.