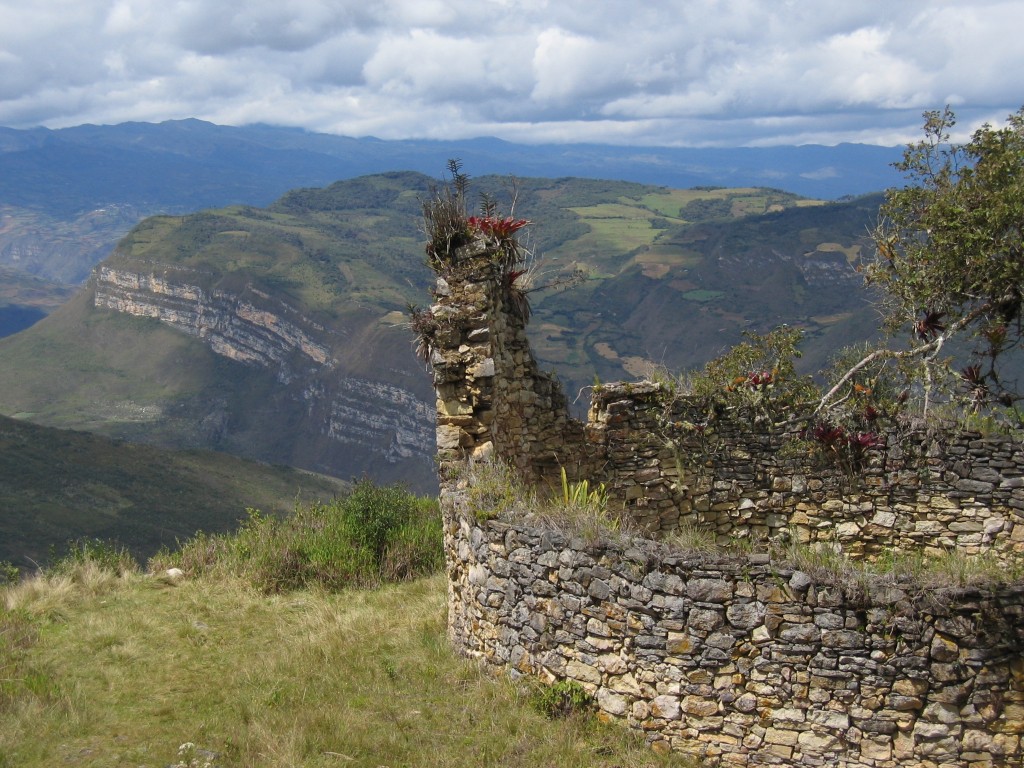 capital of the department of Amazonas, is one of Peru’s oldest small cities founded in 1538 by Alonso de Alvarado and one of the few that still maintains its noble air and Spanish influence. It was linked to the capital by air in 1930 and by land in 1960. A capital of orchids, sugar cane and coffee, cock fights and exquisite food, it is capable of enchanting anyone who visits it. Chachapoya is located in north-east Peru,at an altitude of 2,335 m. above sea level. Its name comes from the native word Chachapoyacuno, which means “forest or mountain of mist”.also “People of the Clouds”. The city is now being rediscovered as an important archaeological complex, since there are some 500 sites in the area pertaining to the Chachapoyas culture, including tombs, sarcophagi, fortresses, isolated towers, roads, rock carvings and paintings, textiles, ceramics, and other remains proving the importance and degree of development of this indomitable culture that gave the Inca Empire so many headaches. Their craftsmen were extremely skilled, just as much as those of the Chimu Empire. We can see houses with large patios and a central pool, built in adobe, and multicoloured flowers everywhere. Chachapoya is the starting point for the trip to Kuelap, found near the village of Tingo, in Luya province .This civilization’s imposing citadels” Kuelap” overlook the accesses to the Marañon area and was built on the summits of the mountains in order to make maximum use of the land for cultivation.

The remains found are clearly influenced by the Chimu and the Incas, with funereal constructions on high, inaccessible cliffs. The most important sites are distributed over the narrow valley of the Utcubamba river.

The fortress of KUELAP
You can get here from two different directions. From the southwest, coming from Cajamarca or from the North, Chachapoya. Its Hidden in a perpetual mist with orchids and bromeliadseverywhere.

Kuelapis twice as old as the Inca Empire and its stonework remains in remarkably good condition. It was built by the Chachapoyan Cloud People (most likely) to stop the invasion of the Andes most spectacular Tiahunaco/ Huari Empire advancing from Bolivia. The archaeological remains are among the most important ones in the north of the country and, located at an altitude of 3,050 meters above sea level at mountain-top cliffs overlooking the verdant Andean landscape. It was conquered in the 15th century by the Incas and was discovered in 1843 by Juan Crisostomo Nieto. Clearing work was started In 1967, in view of the fact that the ruins were totally covered by vegetation and many buildings were visibly deteriorating. Kuelap was probably the capital of the immense Chachapoyas kingdom. At the beginning of the 16th century the Chachapoyas built this major fortress measuring 500 by 110 meters, with 20 meter-high walls, It has five levels of gigantic walls inside walls and contains 400 stone houses.  The material they used was pink granite in blocks cemented with yellow clay. The main defence walls are made of over 100,000 blocks of carved stone and are estimated to weigh 10,000 tons. Within the fortress there are 34 round enclosures in a lower and upper area; it is estimated to have sheltered some 2000 inhabitants. The Chachapoyans origin is unknown and later reported by the Inca Chronicles to be tall “fair” warriors .Italian scientist, Antonio Raimondi, who in 1860 was the first to study the area, discovered the skeleton of a man two meters tall and skulls with blonde hair at the site; a mystery unsolved to this day

Karajia Sarcofaag
This is a spectacular funerary site located at around 2,600 meters above sea level. Here we will find 3 meter anthropomorphic wooden coffins located under a cliff. Mummies were placed inside each coffin. It is not easy to get the area and requires a (50 minutes) walk first going down and climbing up to come back . Actually, they are not statues but sarcophagus, which have been on this hill for centuries, hidden to escape from the indiscreet looks or intruder hands, challenging the weather and nowadays impressing the tourists who come with the cameras, binoculars trying to discover the mystery of these figures. The Chachapopyas buried their dead in capsule-like tombs constructed of stone, wooden or cane poles and clay. The funerary statues broom from Cliffside perches overlooking the left bank of the Utcubamba.

Leymebamba Mummy museum
In Leymebamba, a remote town in the Utcubamaba valley, We will find an amazing museum,the Leymebamba Museum that display more than 2000 Inca and Chachapoyas mummies found at the Lake of the Condors. Here the hardworking archaeologist is studying and taking care of the Mummies. The director of this Museum is the famous Peruvian archaeologist Dra Sonia Guillen.

The Mausoleums of REVASH
South of the fortress of Kuelap, another important site is the funereal city of Revash, consisting of various clusters of mausoleums built into steep rock cliffs. Known as from French explorer Charles Wiener’s visit in 1881, this complex was researched in 1987 during a Peruvian expedition. The mausoleums are miniature versions of dwelling houses, and the whole effect is that of a tiny town with buildings overlaid with carved stones cemented with clay and covered with red rock paintings representing felines, llamas and undecipherable characters as well as cross-shaped and rectangular geometrical designs. How to get to Cjachapoyas ?
You can reach this area by private or public transport from gateway cities such as Chiclayo, Tarapoto, Piura, Cajamarca, or Trujillo. Tarapoto & Moyobamba coming from the Amazon rainforest. The first dirt vehicle road to access this zone was built 35 years ago .A night bus will take you from Chiclao to Chachapoyas direct in 12 hours.There was a direct flight from Lima 1½ hours for around $90 each way, but at time of writing ,they cancelled all the flights after an accident in 2003. There are rumours that the flight start again in 2006 .However these flights are usually twice a week. The road from and to Cajamarca is beautiful but hard, unpaved .You better do in 2 days.

At 50 km to the south of Chimbote, is one of the oldest vestiges of Peru (built around 1.500 BC) and is also one of the more important et conserved coastal ruins. Its principal attraction is the exterior walls of the main temple, covered with macabre sculptures of warriors disemboweling their victims. 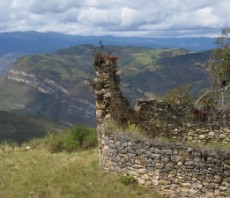 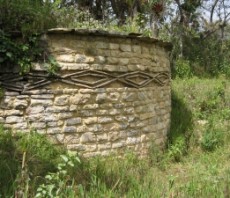 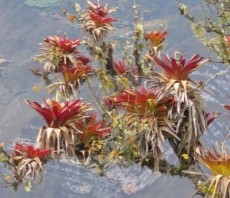 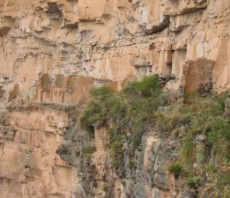 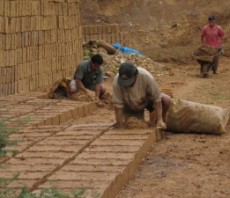 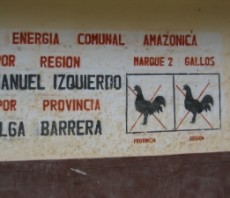