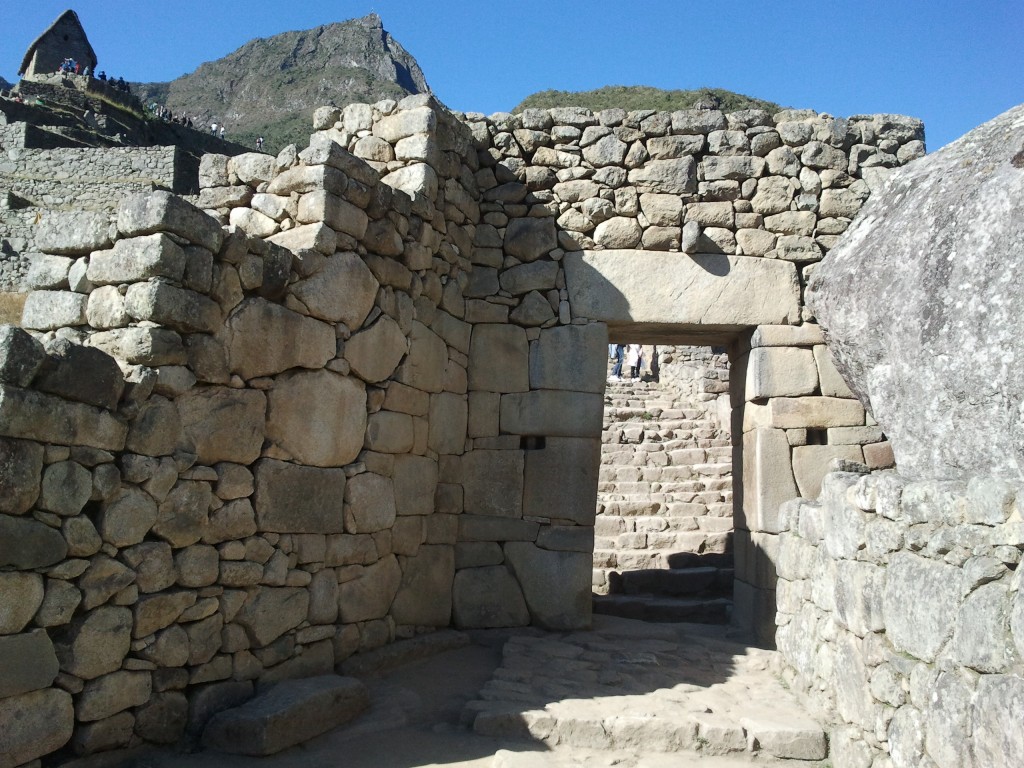 Pisaq Located 18 Km.from Cusco in straight line and 35 Km through a paved road, Pisaq is considered as a typical Inca town, with several stages of a state city, and early privileged assimilation to the Inca Empire.

The remains of the political, administrative and religious structures are distributed on the slopes and peaks of the mountains on the right border of the Urubamba river. Nowadays, there is a population of the same name on the floor of the valley, living mostly of the agricultural terraces. In the religious section, we notice the Intiwatana, a block of stone, finely polished that works as a prism column of a sun clock, through which ancient incas were able to make astronomic observations related to the seasons, necessary to determine when to cultivate the land. Next to the Intiwatana we find several rooms with finely polished walls and niches with trapezoidal shape.

There are also many sections with rooms and courtyards of different quality, some of them with walls finely polished and others not, joined with mortar, some others made of mud brick. All these sections were joined with a net of pathways with stairs, tunnels, water springs and waterways, complemented with a system of terraces and andenes for agricultural purposes

A well known Inca cemetery located near a rock wall has more than 3,000 burials some in natural cavities and other ones dug for that purpose. The bodies were located in personal graves or in multi personal graves showing the different the social status of the people. Unfortunately all the tombs have been profaned and there is no scientific trace that could have been recovered.

On a high and windy section of the complex, one can see a series of warehouses, probably used to keep agricultural products as well as livestock. The temperature and humidity makes it ideal to maintain food in good condition. The terrace and andenes system is exceptionally beautiful and practical where specialists have found traces of a high and advanced technology to create land ,handle water and keep the fertility of plants.

By the findings on the sub floors, we can see the systematic use of the land for agricultural and grazing areas
The town of Pisaq is a very interesting place where each Sunday, Tuesday and Thursday  the inhabitants meet at their colorful, weekly market that attracts many tourists.  The merchants, peasants, and officials all meet at the market to participate in commercial activities or to attend mass

This site was an important administrative and ceremonial centre, located about 40 Km. away from Cusco in a straight line, and about 87 Km. through the paved road, and 70 Km by train. It was built during the government of the Inca Pachacuty, the most successful and energetic ruler of the Inca Empire in the Andean region. The city is on the right side of the Urubamba river and occupies 35 hectares. It has an upper section where the Temple of the Sun exceeds. We can reach the top through a series of stairs made of stones. There are houses with gardens and narrow streets in the lower section of the city. The urban section is crossed by the Patacancha River, a tributary of the Urubamba. The site is protected on the South by an enormous wall 3 meters high and 1.5 meters wide that end in a rocky wall. In the southern border is the Urubamba river which had a hanging bridge next to the actual iron bridge.

The people of this urban area lives in houses made with adobe bricks. About midway from this urban area, to the quarry of Kachiqhata, about 3 Km away, stand huge polished boulders, for this reason we presume that the construction of the city was not concluded, these rocks found on the left border of the river were ready to be moved to their destination.

At the top of the ceremonial section of the complex, we find the Temple of the Sun with a particular feature of a big wall made up of six blocks of reddish stones finely polished and assembled with smaller stones. On the surface and towards the east we can see a symbol of the Tiahuanaco culture, related to the reverence to water and fertility.

In the lower part of the andenes we can see a square called Manyaraki surrounded by buildings built with adobes (mud bricks), stones lintels and walls covered with compact clay. In the southern section of the complex there is an architectonic group with peculiar construction of stones joined with mortar of yellow colour. The walls with niches of double door jamb. We have to mention the existence of an extended agricultural area with andenes and waterways. Surface photographed by Hiram Bingham at the beginning of the century, when it was intensively cultivated.

There are other buildings and andenes on the left border of the Urubamba river. Most of the construction was built for defensive purposes during the government of Manco Inca, the last emperor who endured the Spanish conquest.

The complex of Ollantaytambo shows many special features and dissonant styles due to successive pre-inca occupations. For example there are carved animals on the stones with different shapes and forms. There is also a meteorite with the stairs shape symbol.

Close to the complex there are other buildings with two and three floors with wooden framework. All these buildings have a parametric wall.

There are also several warehouses, called Colcas, there were used to store grains and crops, and also to store handicrafts. Because of this warehouse the city has the name of TAMBO. A former Inca agricultural center, this district of the province of Urubamba is made up of 10 “Ayllus” or indigenous communities. Located at 3,762 meters above sea level, Chinchero is 28 km down a modern highway from the Cusco tourist circuit. The Andean landscape is beautiful and is surrounded by snow-capped peaks year-round.

The current town of Chinchero is a blend of Andean and Hispanic architecture and is also home to a unique archaeological complex, with the remains of buildings, places of worship, and terraces for crops and for foundations. It boasts a beautiful colonial church with paintings by the famous indigenous artist Chiwantito. There is also a typical colorful and authentic market 3 times a week where peasants from different communities congregate to trade their goods, not only in money but also by trade. Chinchero is well-known for its woven handcrafts typical of the region.

A place where you can see four circular and concentric stone constructions forming a series of rings. They are supported by stone walls, and surrounding the main construction are terraces that form a type of horseshoe. It is believed that the Incas used the rings, and their varying micro climates, for agricultural experiments. Others believe the rings could have been an amphitheater for civic or religious ceremonies. 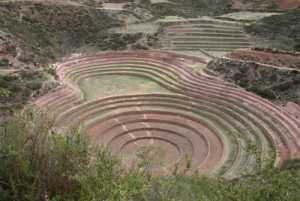 One can see mules loaded with sacks of salt from the natural salt pans at the end of town. It is difficult to reach the site, with beautiful nature, its worth a visit as these salt pans are believed to have been in use since the Inca times .Its a nice walk down from Maras down to the salt pans, in 1,5 h or do a tour with a mountain-bike.